Book your tickets to the Sacromonte Abbey

Tickets to the Sacromonte Abbey in Granada can be purchased and cultural visits can be made throughout the year, except during hours of worship and other religious celebrations. Visitors are advised of the possibility of unforeseen and unannounced schedule changes. Please confirm schedules prior to the visit. 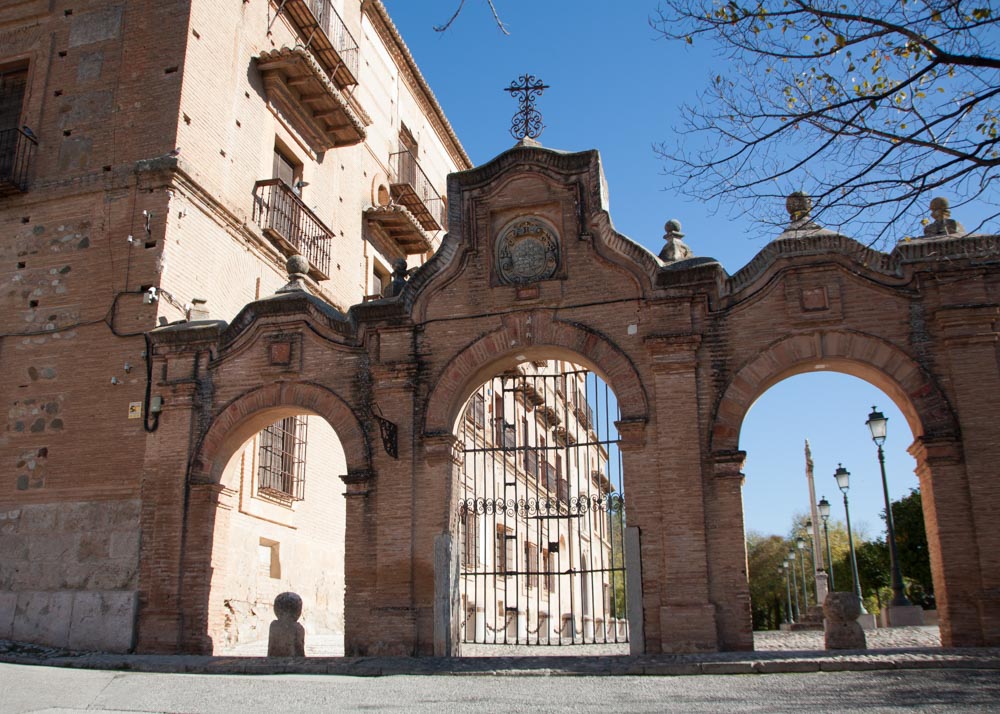 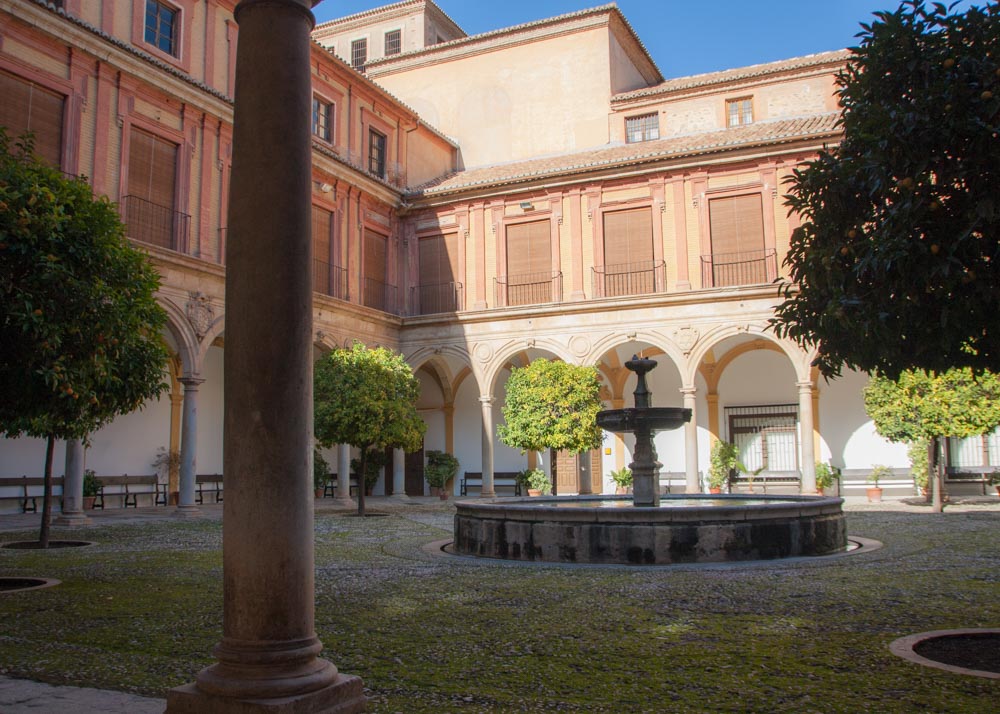 Opening times of the Sacromonte Abbey

Entrance fees and ticket prices for the Sacromonte Abbey 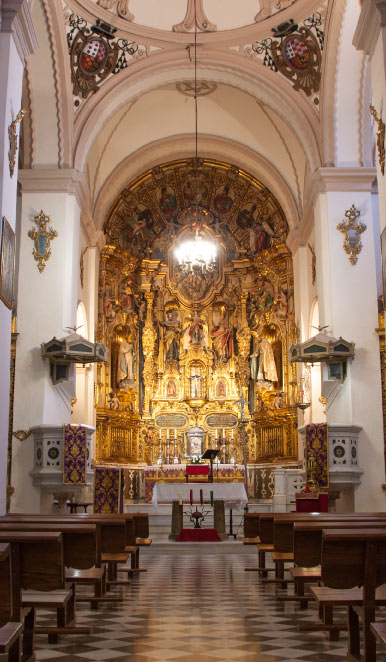 The Sacromonte Abbey of Granada is located on the Valparaiso hill, located in the Sacromonte neighborhood, a neighborhood full of magic. It is a complex composed of the Holy Caves, the Abbey of the XVII -XVIII century, the College of the seventeenth century and the Seminary.

The Abbey of Sacromonte, together with the Alhambra and the Cathedral of Granada, constitute the fundamental "triangle" to understand the reality of the city of Granada, and to enjoy it.

History of the Sacromonte Abbey of Granada

We can say that its history begins on March 18, 1588, when in the Turpiana Tower were found a parchment written in three languages, a canvas, an image of the Virgin and some bones, attributed to Santiago Apostle. It was after its demolition that a lead box was found. This contained a parchment revealing a prophecy of St. John about the end of the world, which St. Caecilius supposedly hid so that it would not be desecrated until the moment of its revelation.

On February 21, 1595, ovens containing the remains of St. Cecilius were found on Mount Valparaiso, a historic event that marked a before and after in its history.

Between 1595 and 1604 pilgrimages to the Abbey began, culminating in the construction of 1,200 crosses on the road to the Holy Caves. For this reason, in 1598, Don Pedro Castro, Archbishop of Granada, founded four chaplaincies to attend to the pilgrims.

On April 30, 1600, the relics found in the Abbey were recognized as authentic, a historic fact for the Abbey of Sacromonte and for Granada. Nine years later, in 1609, the Jesuit brother Pedro Sanchez was commissioned to begin his work.

Architecture of the Sacromonte Abbey

The Sacromonte Abbey is an architectural ensemble as a pietistic, doctrinal and institutional center, which marks the triumph of the Counter-Reformation culture in the Granada of the seventeenth century.

Composed by the nineteenth-century Seminary, the New College and the first baroque nuclei. These are the abbey house or collegiate church of San Cecilio, the Church of the Assumption and the Santas Cuevas. Later it was completed with its Museum, Archive and Library and with the picturesque and ethnographic values of its enclave.

The ground plan of the church of the Sacromonte Abbey of Granada is a Latin cross, with three naves and a transept. The choir of the central nave is of a late baroque, the work of Francisco Diaz de Rivero.

The chancel of the central nave is of a late baroque, the work of Francisco Diaz de Rivero.

We can highlight the Mudejar craftsmen of the central nave, transept and the Main Chapel and the Renaissance ceiling of the first of the ten chapels, made by Juan Vilchez. In the Main Chapel there is an altarpiece that covers all its headwall and is attributed to Blas Moreno. At the foot of the church, in the right aisle, the Virgin of Sacromonte or the Caves is venerated.

At the foot of the church, in the right aisle, the Virgin of Sacromonte or the Caves is venerated.

Above an altar is the Cristo del Consuelo or de los Gitanos carved by José Risueño. To the left of the main altar we find the rectangular Sacristy, where a chalice table with inlaid marble and drawers stands out.

At the left of the main altar we find the Sacristy of rectangular plan, where a chalice table with inlaid marble and its drawers stands out.

Curiosities of the Sacromonte Abbey

Under the church of the Sacromonte Abbey of Granada are the catacombs, where St. Cecilius suffered martyrdom and where the plumbeous books were found.

The museum is located on the left side of the main altar.

The museum that can be found on the side of the courtyard has an art gallery with works by Sánchez Cotán, Pedro de Raxis, Herrera el Viejo, Lucas Jordán, Juan de Sevilla and Goya. There are also a large number of images of well-known authors such as Pedro Duque Cornejo, Alonso de Mena, Torcuato Ruiz del Peral or Risueño.

Did you know that one of the first university colleges in Europe was founded here? Specifically in the year 1610. The Abbey gives us our cultural and religious past, helping us to understand the Granada of the Counter-Reformation.

You can now purchase your ticket to the Sacromonte Abbey online on the official website of the Archdiocese of Granada. Book your visit to this wonderful Christian monument today. 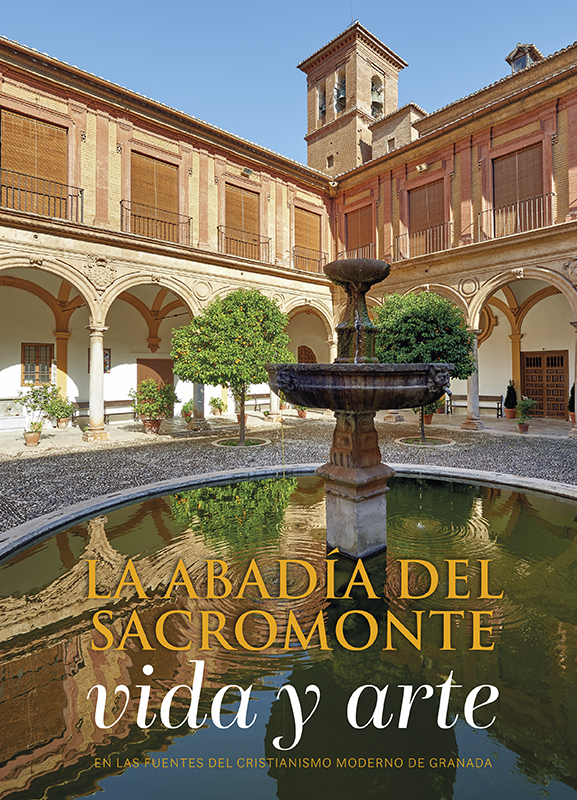