Book your tickets to the Cathedral of Granada

Tickets to the Cathedral of Granada can be purchased and cultural visits can be made throughout the year, except during hours of worship and other religious celebrations. Visitors are warned of possible schedule changes unexpectedly and without prior notice. Please confirm schedules prior to the visit. 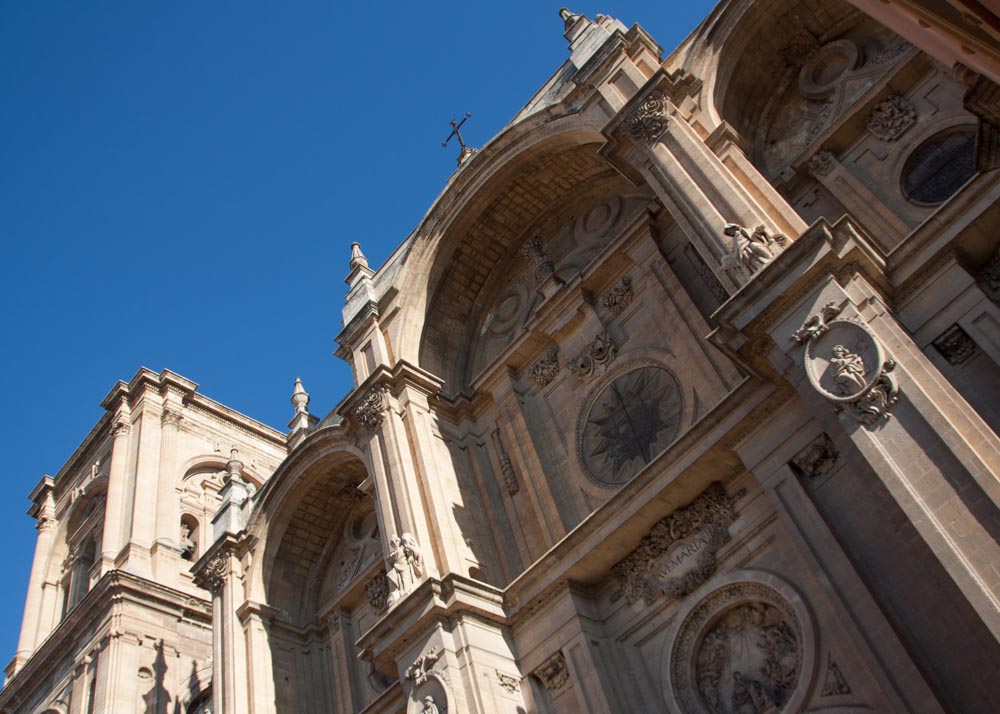 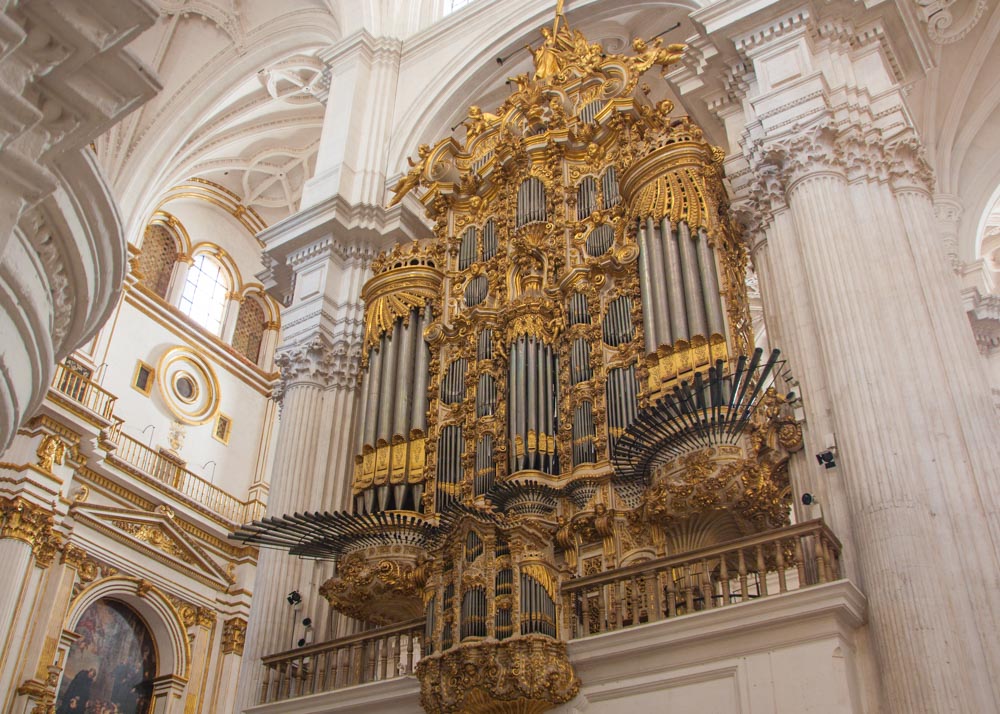 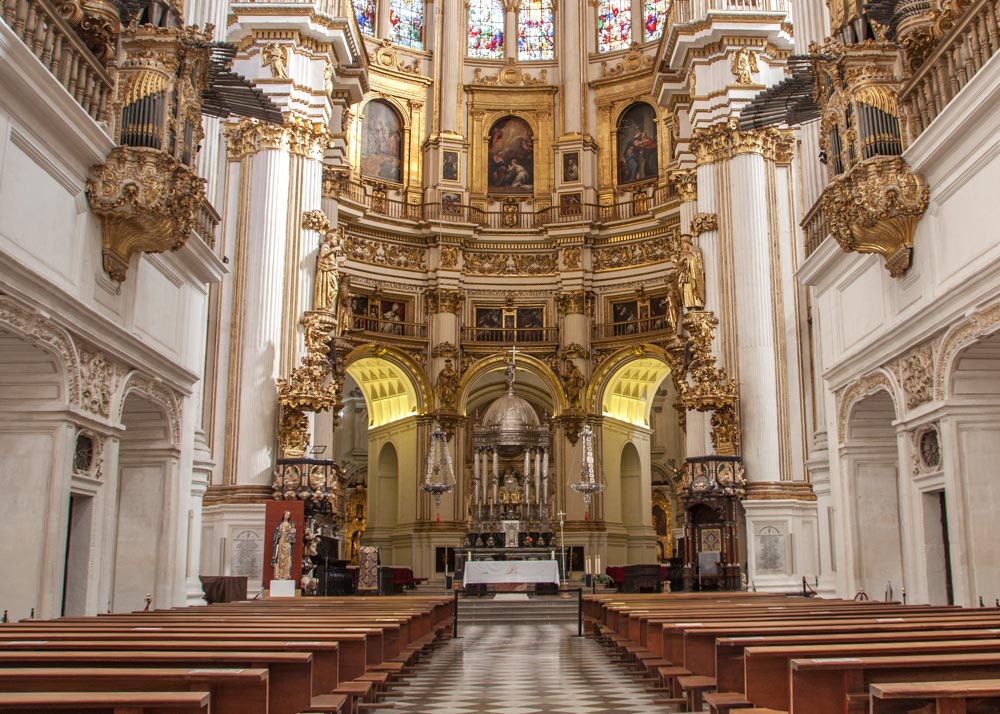 Opening times of the Cathedral of Granada

Entrance fees and ticket prices for the Cathedral of Granada 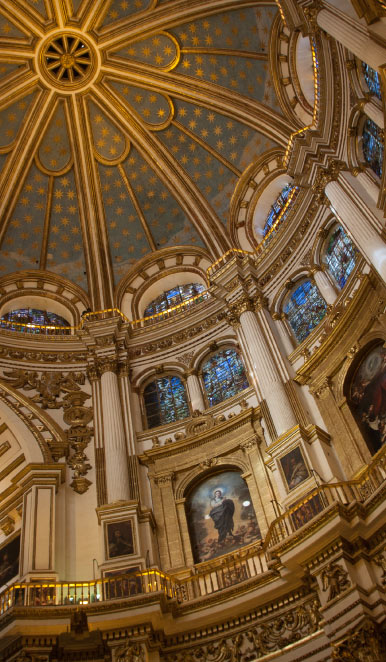 The Cathedral of Granada is one of the must-see sights in our city, a place where you can enjoy art in its purest form thanks to the fusion of styles, the dimensions of its plant and its spectacular facade.

It is currently located in the heart of the city, being one of the most imposing monuments of Granada and a masterpiece of the Spanish Renaissance.

History of the Cathedral of Granada

The history of the Cathedral begins on May 21, 1492. On this date is created the chapter and founded the Cathedral, dedicated to Our Lady of the Incarnation, provisionally installing its headquarters in the first instance in the Royal Mosque of the Alhambra.

In October 1494 the first transfer of the Cathedral took place, the chapter and the headquarters were moved from the Alhambra to the temple of Santa Maria in the Realejo and then to San Francisco Casa Grande. Alexander VI, in 1502, authorized a new and definitive transfer.

Despite the express wishes of Queen Isabella, the old mosque did not meet the conditions to house with decorum the new cathedral headquarters, opening the way for the idea of building a large temple of new plant in the center of the city starting with the Royal Chapel.

Also, the Cathedral of Granada acquires all its historical meaning from the imperial city project of Charles I of Spain. The Emperor wanted to continue the actions initiated in 1492 by his maternal grandparents, the Catholic Monarchs.

A masterpiece of the Spanish Renaissance

The Cathedral of Granada has a monumental facade, the work of Alonso Cano, and inside houses a grandiose altarpiece. Its Main Chapel is a great jewel of the Spanish Renaissance, which can be seen from its central nave.

It has an unusual circular choir, perhaps derived from the Italian's idea of a "perfect building". The three large arches on the facade offer a spectacular prelude to the cathedral.

Numerous chapels are enclosed in its side naves, which represent different periods and styles with exceptional works of art, where we can highlight the altarpiece of the Virgen de la Antigua, first patron saint of Granada.

Enjoy the beauty of the Cathedral of Granada

You can now purchase your ticket to the Cathedral online on the official sales page of the Archdiocese of Granada Book your visit to this wonderful Christian monument today. 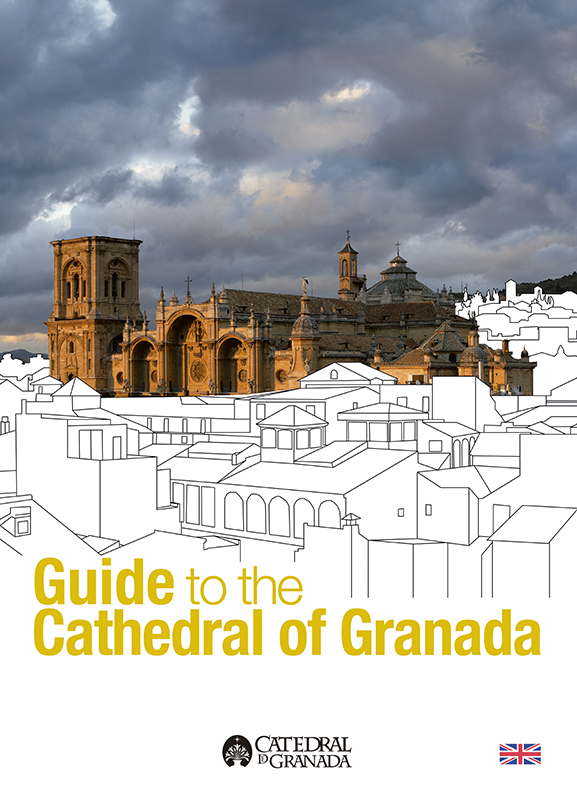